The Central Coast provides a range of participation options for Netball enthusiasts with social and competitive competitions, development programs, and representative pathways, available through a range of Sport and Active Recreation providers across the Central Coast.

There are also a number of social competitions which take place at local community leisure centers and a high-performance program offered through the Central Coast Academy of Sport.

Central Coast Heart is a collaboration between the Central Coast region’s netball associations to promote the sport and provide pathways from the grassroots to elite netball for players, coaches, managers, and technical officials.

Visit our local Netball providers pages on The Sports Hub links below and find the provider who suits you best today!

“With over 115,000 members playing and enjoying netball at all levels of performance in cities, suburbs, and country towns in all corners of New South Wales, our sport continues to grow both on and off the court as Netball NSW becomes increasingly successful and professional” Netball NSW. 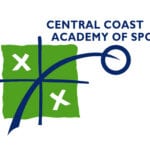