With Netball being the most popular women’s sport in Australia, with an estimated one million players nationwide, Gosford Netball Association is committed to treating all people with respect, dignity and fairness.

It is the basic right of all members to participate in an environment that is enjoyable, safe and healthy.

Our competitions cater to participants of all ages and abilities from beginners to A-Grade participants and include:

Net Set Go: Australia’s official starter program for girls and boys aged five to ten. It’s a chance to learn the netball basics, get outside and make some friends. For a lot of kids, this is the first time they’ll pick up a netball. It’s a learning experience and a lot of fun.

Net Set Go Games: Join a club, develop your skills and play games in a non-competitive environment.
Junior Netball: For kids aged 10-17 years who want to take the sport a bit more seriously. You’ll play across a full season, improve your skills and fitness, and make friends for life.

Representative Program: Our Representative Program runs from the ages of 11 to over 40 years of age, with players, coaches and umpires representing in various Carnivals in the lead up to the Junior and Senior State Titles, with Gosford receiving great recognition across the Central Coast Netball community. We endeavour to maintain high standards both in skill development and sportsmanship and have open arms to any member interested in participating in our Representative Program. 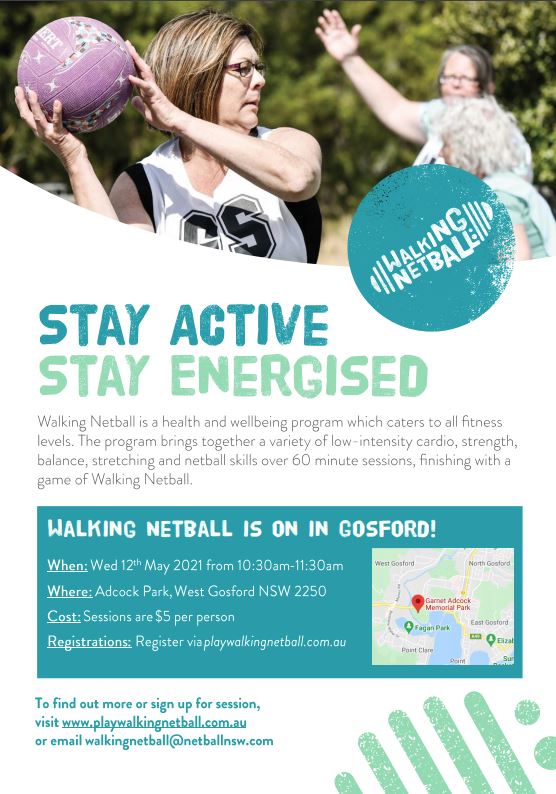