The Central Coast provides a range of participation options for Oztag enthusiasts with social and competitive competitions, development programs, and representative pathways, available across the Central Coast.

Oztag has competitions running all over Australia, with Central Coast Oztag being one of the largest regions with 850 Plus teams.

Oztag is a non-tackling game, with eight players in each team and players wearing shorts or tights with a Velcro patch on each side, known as a tag. The object of the game is to score tries, with defenders preventing this by tagging the ball carrier, by removing at least one tag from the players’ shorts.

All skills are utilised in Oztag including running, passing and kicking, with the game considered to be a low/medium-contact sport and games played over 40 minutes (two twenty minute halves).

Central Coast Oztag offer two seasons throughout the year (Summer and Winter) and provide participation options for six-year-olds through to seniors and those with disabilities.

Representative teams are selected to go away to Coffs Harbour to represent the Central Coast twice per year (NSW State Cup and Australian National Titles) from ages 9s right through to 60s plus.

Competitons are held in:

Oztag has competitions running all over Astralia, with Central Coast Oztag being one of the largest regions with 850 Plus teams. 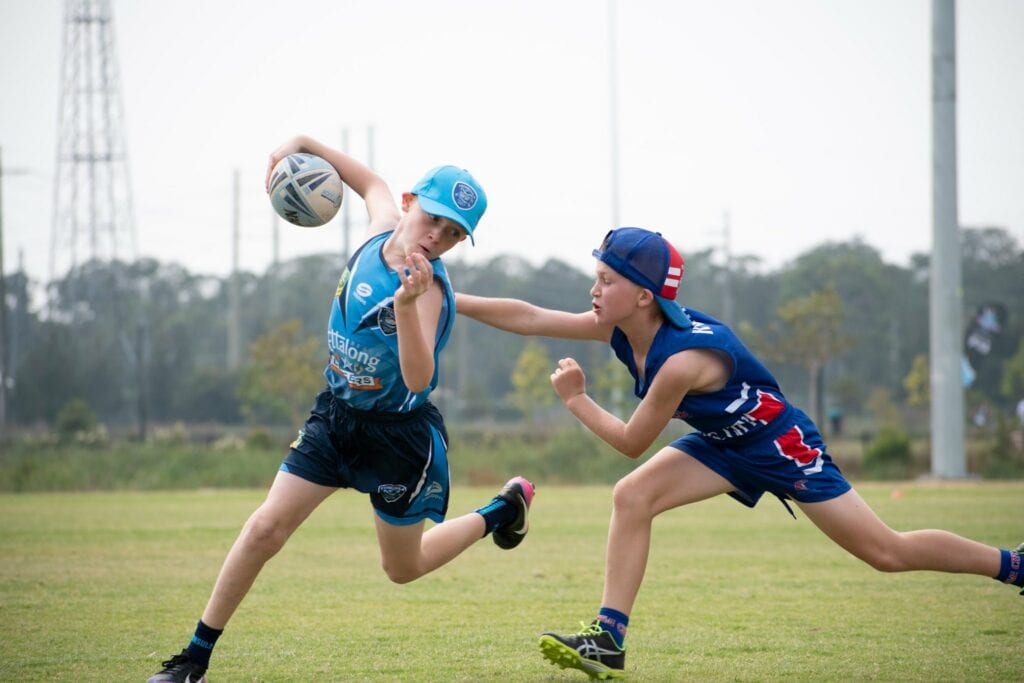